Sir John Monash had one more campaign to fight in 1927 before planning to retire gracefully. For over a decade there had been a groundswell of public support for a memorial to be built in Melbourne to commemorate the 19,100 Victorians who lost their lives and for the 89,000 who served in the First World War. But the form it should take and where it should be located had not reached a consensus. Monash was determined to break the impasse, just like he had broken through the stalemate on the Western Front. Having Melbourne’s Shrine of Remembrance built would be another defining event in his life and a project most dear to his heart. 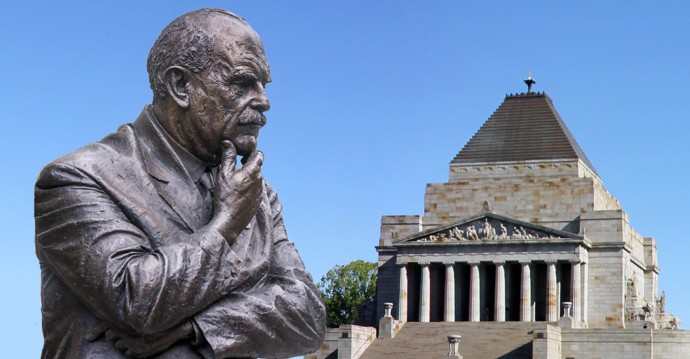 Sir John Monash and the Shrine of Remembrance [1, 2]
END_OF_DOCUMENT_TOKEN_TO_BE_REPLACED

When General Sir John Monash was appointed corps commander of Australian forces on 31 May 1918, he was determined to change the way the First World War was conducted on the Western Front. Within weeks he would execute a winning strategy in the Battle of Hamel showing how the war could be won and changing the way future wars would be conducted. This is the story of how he did it. 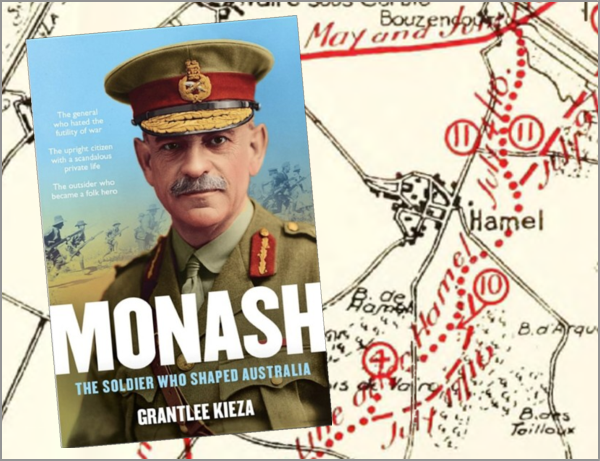