My uncle, Tom Farrell, was first diagnosed with shell shock in September 1916. A trooper in the Australian Light Horse, he had taken part in the bloody Battle of Romani in the Sinai desert in the previous month and had been in the hell-hole trenches of Gallipoli for much of the previous year. Little did Tom know that he would have to endure the nightmare of recurring debilitating episodes for the rest of his life. 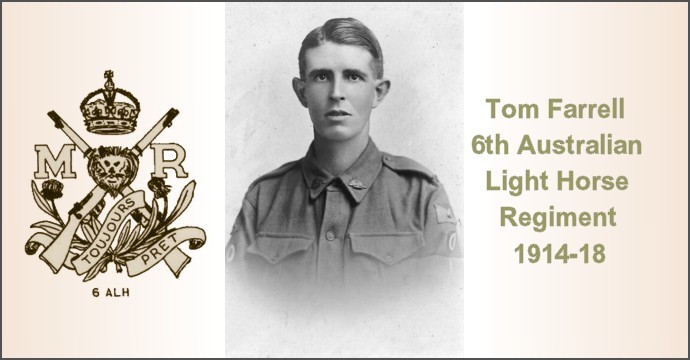